5 reasons to consider live video for your social media campaigns

You may have heard of the  Meerkat  and  Periscope apps last March , which skyrocketed in popularity. Why are they so popular and so  talked about ? Probably because these applications allow you to capture a moment in real time on your mobile and broadcast it to your subscribers at the very moment it takes place.

Facebook announced last week that it is also joining the live video trend through its  Facebook Mentions app . For now, this service is only available to public figures who have their  profile verified . It will be interesting to see over the next few months if Facebook expands its service to the rest of its community!

Here are a few reasons to consider live video in your next social media campaign. 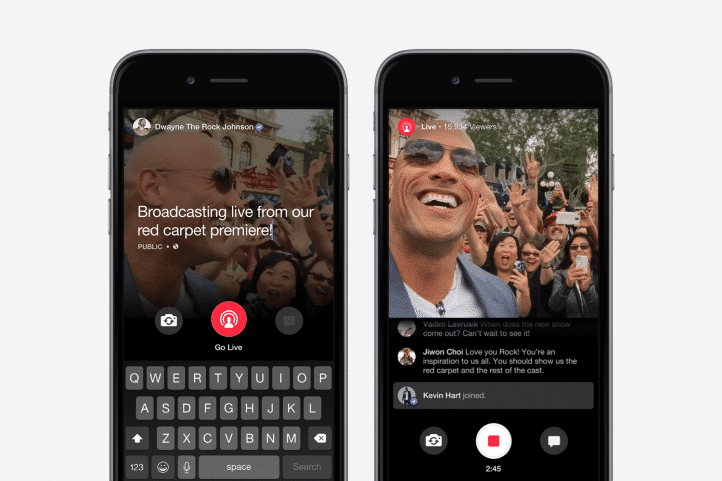 1. PROMOTE AN EVENT IN REAL TIME

People are interested in what is happening in the present moment. They are more inclined to comment and interact on an event that takes place in real time rather than on an event that is broadcast asynchronously. Live video provides a sense of exclusivity and authenticity, two important aspects that will allow you to engage with your community and build a close bond with them.

Redbull, a company always ahead and very active on social media, did it very well by using Periscope to broadcast the event from the  Red Bull Guest House . 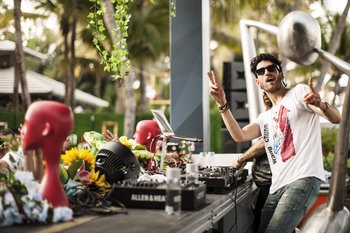 In an increasingly competitive world, it is essential to produce value-added content that will be of interest to your audience. Live video can be used to show behind-the-scenes footage of an event, introduce a new feature of your product, create a question and answer (Q&A) type session on a specific topic, or a special announcement. The possibilities are endless and this type of content will be further developed by companies.

Adidas did it very well by offering its fans a special live announcement on the extension of the partnership contract with soccer star James Rodriguez.

3. THE POPULARITY OF THE VIDEO

In recent years, the use of video in social media has been on the rise. According to  Hubspot , B2B video usage has increased dramatically, from 8% to 58% in 2014. It is estimated that more than one in six videos are viewed via mobile.

This excitement is due, among other things, to the increasingly accessible cellular network and the integration of video technology on almost all mobile phones. Video production is also democratized with a host of easy-to-use apps. Live streaming apps follow the same line: they are free, easy to use and accessible from anywhere.

Moreover, it is thanks to this popularity for video that Facebook had to revise its statistics interface to offer a tab solely dedicated to  video statistics . 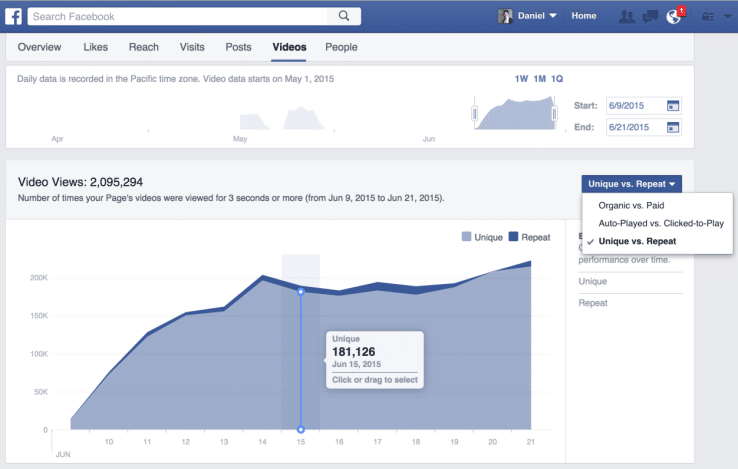 It is possible to use live video to offer an exclusive discount or promotion. This tactic is a great way to grow your community and get them to follow you. People love to feel privileged and to have the feeling that they have benefited from something that others have missed out on. Fear of missing out , or  #FOMO  ( Fear of missing out ), drives people to watch live video. This is a trend that currently works very well with  Snapchat .

Finally, don't forget to promote your live video in advance as a  teaser  on your social platforms. Bet on a clear and exclusive title that will allow your audience to quickly know the subject of your next video.

5. ENGAGE WITH YOUR COMMUNITY

Live streaming apps allow your target audience to interact with your brand in real time. It's a new way of communicating that allows you to be responsive, transparent and to get closer to your community. 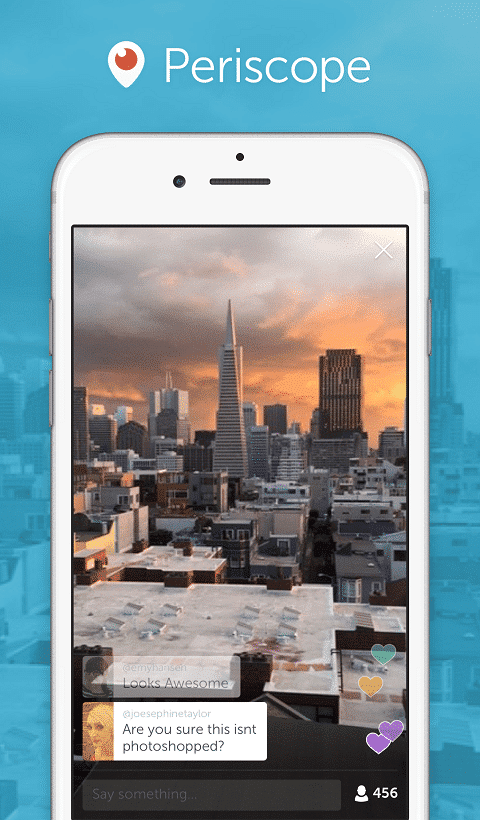 Live video can often convey a message more easily than an image could. Users interact in real time with your brand, allowing you to immediately clarify their questions and take the pulse on a product or an event, for example. Responding and intervening in real time with your target is a very strong link that will certainly increase their loyalty.

Innovating using live streaming apps may be the new way to build  buzz  around your brand and successfully reach a critical mass of people.

In sum, live video offers many opportunities to connect and engage with your audience. On the other hand, we must remain vigilant and alert since there are certain limits related to  live streaming  concerning authors' rights and  copyright . In the world of sports, for example, companies pay millions to own the broadcasting rights. The NHL has also taken the measure of prohibiting live video  to media that do not have the rights to broadcast it.

With the emergence of these types of mobile applications, it will be interesting to see how users and companies will come together to enforce everyone's rights.

How Many ($) Millions Are Hiding Under Your Marketing Data?

An Omnichannel Approach to Marketing AI