The Media Crisis: Besides Revenue, What Else Are Canadian Media Missing?

Many commenting on the current media crisis are quick to point the finger at digital media, particularly the big foreign giants like GAFA (Google, Amazon, Facebook, Apple), as the cause of the spectacular decline in results experienced by traditional media.

The power struggle between the French media and Google is a good example: While these media outlets may hold Google responsible for their collapse, do they really help Google as much as they claim? What would happen if Google stopped indexing them? Many recent legislative actions seem to take on the symptoms of the media crisis, but few actually treat the underlying causes of the disruption. 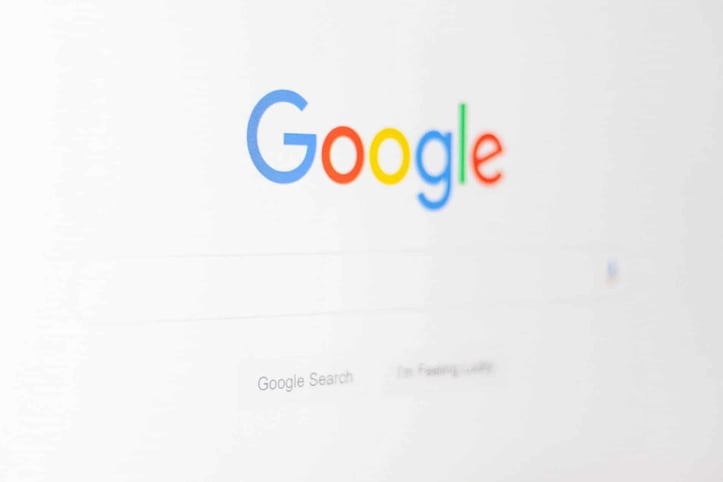 While everywhere in the world, media critique the amount of influence digital media have in today’s market, they leave out the fact that this wasn’t always the case, and several of the media outlets doing the attacking occupied powerful positions in the market at one time. Certain commentators, who are accustomed to the old model, even give the impression that this sudden changing of the guard was accomplished through questionable, even illegitimate means. But this is simply not the case.

Taking a closer look at the situation, it’s evident that during the same period, the share of search marketing went from 39 percent to 50 percent of digital advertising, or from $628 million to $3.39 billion during the same period, which is equivalent to 54 percent of the growth in the digital advertising market, or more than 100 percent of the growth of the total advertising market (search increased by $2.79 billion in a market that grew by $2.55 billion, which necessarily leads to losses for other segments)! As a strictly digital format that is concentrated at Google, search marketing’s growth is therefore roughly equivalent to the total growth of the advertising market.

As for the $2.49 billion of additional growth in digital compared to other media, three-quarters comes from display (35% of digital’s total growth). We can assume that this display corresponds to print media, which transferred its displays online, but the display category is very large and it notably includes social media. Out of the $2.32 billion attained by this media type in 2017, Facebook is the leader in the category, with $1.59 billion in revenue, far ahead of Torstar and Bell, who rank second and third with $131 million and $111 million respectively. This therefore is not really a migration, but is instead, once again, a change in who is leading.

Programmatic auctions have also had a big impact on the market as well as on the online video ad market, which represents the majority of the remaining growth in digital advertising since 2008. With 40 percent of the revenue outside of search marketing in 20163, programmatic buying represented around $1.3 billion in 2017.

Google’s and Facebook’s leadership in the Canadian advertising market is obvious, but why haven’t other media with an online presence also experienced growth, especially given that some of them were already well ahead of the pack in 2008? Obviously, moving online or following consumer behaviour wasn’t sufficient…

An inventory of requests, not of advertising space

Search marketing, the primary driver of this growth, has an interesting feature: It is based on an inventory of consumer requests, not on advertising space. Ads are displayed as a function of user searches, not based on circumstantial content (the cover page, the home page, the Business section, etc.). In other words, it targets purchase intention, or shopping intention, and not a market segment.

This is probably the biggest change in the model brought by digital, and it is an aspect that traditional media have never been able to successfully adapt to. Has the advent of these new advertising formats produced an illegitimate advantage over traditional media?

You might even ask whether advertising even has a place in informational media contexts, compared to search contexts, which are perhaps more truly shopping situations and where advertising ironically finds itself more at home.

The advertising model on social media and programmatic display attempts to follow a similar logic: In the absence of a public that clearly states what it wants through search, you have access to certain online behaviours that enable you to deduce purchase intentions and create audiences—from the perspective of the advertiser, a presumed intention is still better than a socio-demographic segment.

As an inventory of spaces where ad displays appear and disappear as quickly as the millions of searches by users, this type of ad must be automated, which thereby leaves advertisers free to specify when they want to appear, or in other words following which searches by potential customers.

By providing self-serve access (tagged, controlled through an interface) for ad buying to their customers, platforms enable very niche advertisers to find a place for themselves, no matter how small, a position that is often hard to find in traditional media, which itself purposely neglects certain corners of the market in order to address a larger audience. These platforms cater to a segment of advertisers who therefore don’t have to pay for the overly large and less qualified market provided by traditional media.

Media that rely on a traditional sales approach are not able to accomplish this level of refinement on a large scale, nor respond as quickly.

A minimal price floor through auctions and according to performance

The endlessly shifting inventory of user searches and behaviours means you have to find an equilibrium price for this abundance of spaces, and do so in quasi-real time.

This is where the auction idea comes in: By ensuring that any advertiser, from the smallest to the largest, can bid on a space, you create an environment for healthy competition where anyone can find interesting niches at reasonable prices, as well as corners of the market that are sometimes neglected by others, but are often more relevant for users performing searches (the idea of the long tail) and more likely to generate sales. This pairs well with users’ purchase intention.

By including the idea of performance and relevance in the auctions, or in other words by displaying and billing depending on customer interaction (for example, by cost per click), you also ensure ad relevancy: Irrelevant ads will appear less and less and will cost more and more, and an irrelevant offer for an ad will cost a lot in clicks without leading to any conversions.

The accessibility of this reasoning, which is focused on consumer experience, is very different from the traditional negotiation for space. The idea of relevance depending on customer purchase intention leads not only to more granularity when it comes to evaluating performance, but above all to an economic mechanism that corresponds to advertisers’ goals: to pay for advertising when you have true purchasing situations.

Beyond criticizing the big players, who merely by their position in the market hold a lot of power that should be questioned, what strategies can media adopt?

First, it’s important to keep in mind that advertising is not the only business model for driving a media outlet—in some cases, display ads are simply not the most heavily adopted model.

However, amongst the media that depend on the advertising model, in the face of their decline and the rapid and overwhelming success of Google and Facebook, many copy the digital tactics used by these giants, such as:

However, a good many of these tactics are simply traditional strategies that have been digitized and therefore fall flat. Why? Because they’re not adapted to the new advertising model.

While some see personal data as a godsend for advertisers, the truth is a lot subtler: In reality, the success of Google and Facebook is not based so much in the fact that they can identify their users (in fact, they could probably still survive if they replaced all their personal data with codes) as on the type of information they capture: the predisposition to purchase.

A media outlet has therefore every interest in thinking about its segmentation, even its structure when possible, based on variables such as: Do behaviours indicate preferences? searches? desires? Can these be deduced from the content consulted? Should we divide up or publish content differently? Should we handle subjects differently in order to better identify purchase intention? Can we sell targeted segments differently?

What media would this work for?

Informational media have always had a strained relationship with the advertising market since way before the arrival of GAFA. The current state of competition forces them, however, to ask themselves some tough existential questions about their mission and business model—a thought process that will not be easy.

If advertising aims to present itself as a kind of news, can news be presented as advertising? And will the answer to that question be arrived at after careful consideration, or driven by necessity?

Simon Éthier joined Adviso back in 2007, and quickly became a strong pillar at the agency. He and his team help companies plan their online presence through digital transformation consultation to generate sustainable results, from the development of a business model to implementing a process for continual improvement.